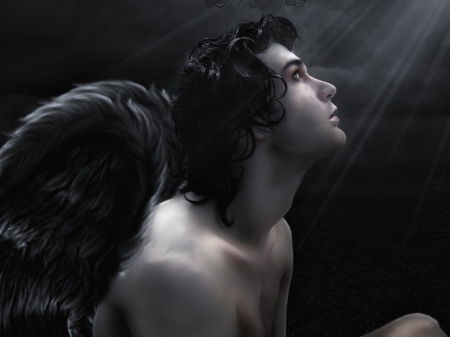 So many of my anecdotes occur in supermarkets that I am beginning to worry about the quality of my life… Nevertheless, I went to my other supermarket (not the one that employs Wolverine) and as I approached the check out, I noticed that it was two smiling young men. As I got closer I saw their names tags. “So it is the Spanish team today? Good Morning Juan and Angel!” I pronounced their names authentically – Juan (Hwahn) and Angel (Ahn-hehl). They both started laughing and Angel told me that his name was pronounced the English way. I responded laughingly, “I bet your Abuelita (Grandma) still calls you Ahn-hehl?” He agreed and I told them that my Abuelita’s name was Juanita. Angel said, “That’s what we call Juan”. I looked to Juan for his response which was, “And this from a boy called Angel…” Advantage Juan! It was yet another funny day at the checkout in Texas. People here ask me why these things happen to me but it is only because I engage people in chat and laughter. As a postscript, I was looking through some old photographs of my Paternal Grandfather (the Indian boy) and Grandmother (that Spanish woman) when I noticed that someone had written her name on the photograph. It was Woneta instead of Juanita – hilarious!

5 thoughts on “Juan and Angel”