Before we visited Tampa, I had no idea that it had a historical area of such significance. From the periphery, Tampa looks like many other modern cities in Florida, with the exception of Miami and its wonderful Art Deco buildings. Ybor city was named for Vincente Martinez Ybor, an entrepreneur who had moved his cigar business from Cuba to Key West.

That hadn’t been entirely successful so he decided to settle in Tampa in the 1880s. The cigar workers were skilled so many of them came from Cuba and Spain, followed by an influx firstly of Italians, then Eastern European Jews, Germans and Chinese, many of the next stage immigrants serviced the city with restaurants and other industries. 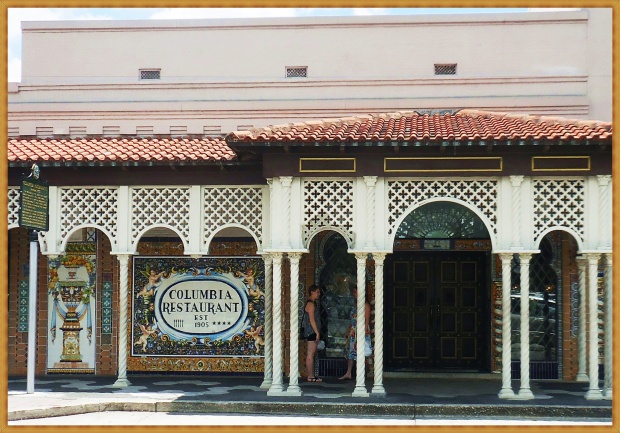 It was an eclectic mix that was stable because each ethnicity had their own social club with welfare and benefits. Additionally, the work was plentiful and well paid. Each worker had their own little Casita, some of which are preserved, others have been renovated. The docent at the Ybor Museum told us that they used Ybor City’s welfare system as a template when they set up Medicare and Social Security in the 40s. That fascinated me more than anything else. 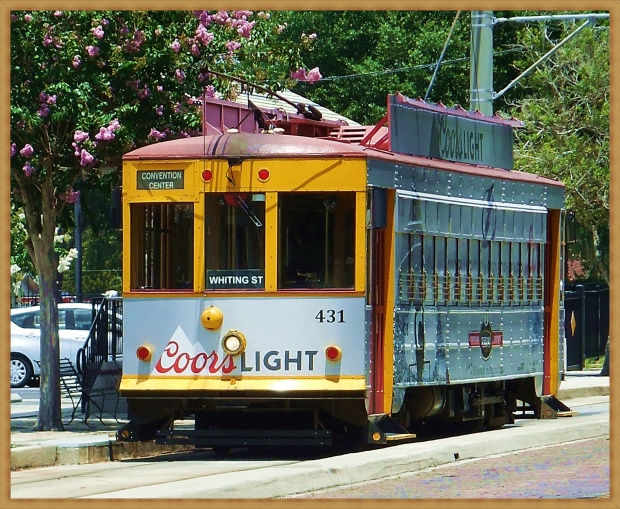 Ybor City reached its zenith at the beginning of the 1900s but cigar making started to decline after the Great Depression and World War II. Surprisingly, many of the original buildings remain with their exotic tile work. Artists started to flock to Ybor in recent times and it is being renovated block by block. It is a peaceful little oasis in a busy modern city with lovely tram cars. There are free range chickens on every porch because they outlawed harming chickens to stop cock fighting. You can read more of this in the The Chicken Murder. I noticed with a chuckle that you can have an event or a wedding in the garden of the Museum , but just look out for hungry hawks…