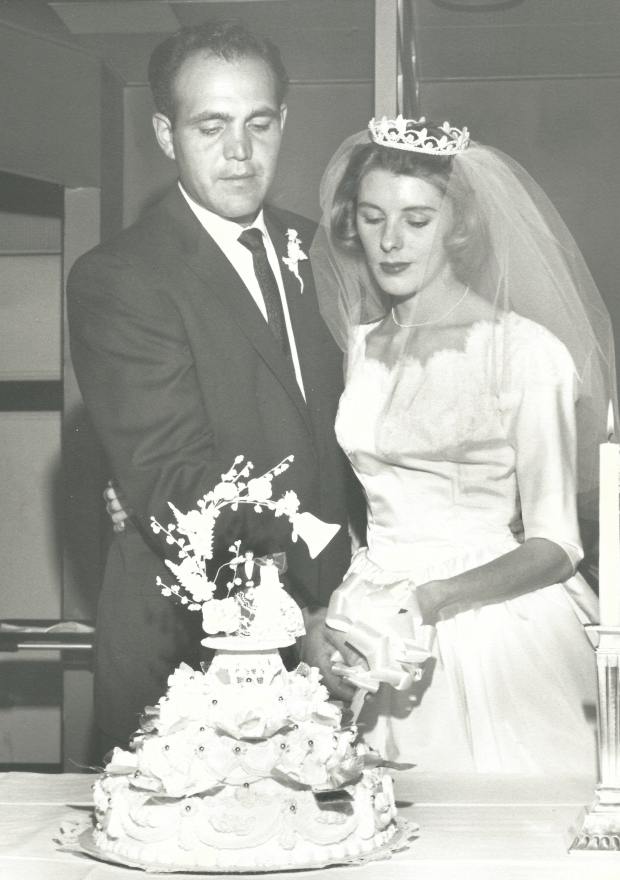 In my last post, I mentioned that I thought I had mislaid my parents wedding photographs.  Once I found them, and breathed a sigh of relief, I sat and looked at them.  I never really knew my father – he was a creature of legend both good and bad.  When I was young, my Mum tried her best to paint a balanced picture of Dad despite the unpleasant comments from family members.  These photographs were never displayed but I had seen them many times.  I was fascinated by the glamour of a professional shot and thought they were both attractive.  As a youngster I really looked much more like my father with our dark Mexican roots. 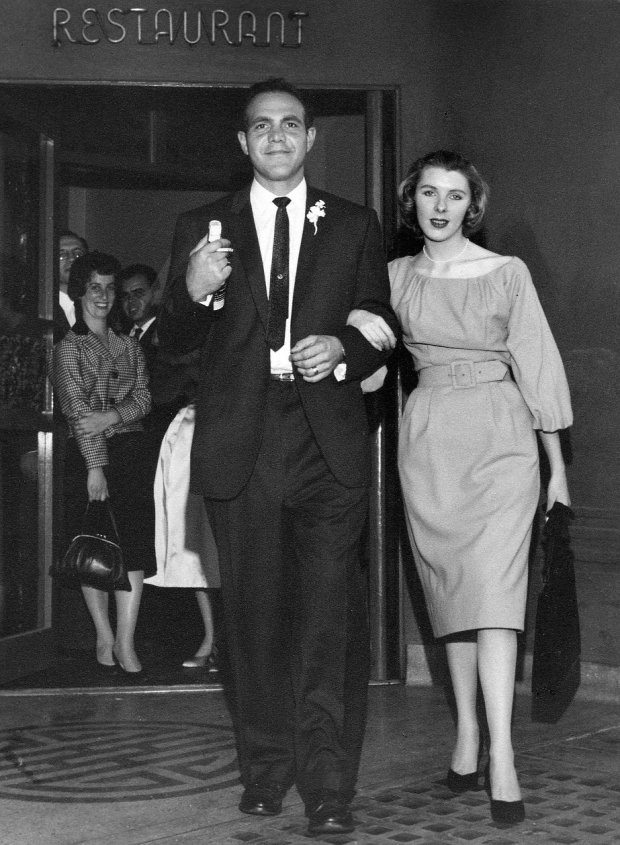 As I gazed at the shots, I realized that neither my Mum nor Dad looked happy.  They married after a couple of months of meeting but they were in their late 20’s, more than capable of making a sensible decision.  My theory is that they were pregnant with me and I know that my dad asked my mum to have an illegal abortion.  I had admired these photos for years, longing to have similarly glamorous wedding shots, but had never noticed the lack of happiness in their eyes.  The social mores of two Catholics not marrying after a pregnancy were overwhelming.  My mum told me that a distant relative offered to adopt me so the circumstances must have been dire.  Eventually my mum divorced my dad in 1976 on the grounds of mental cruelty.  He had already remarried in the States. 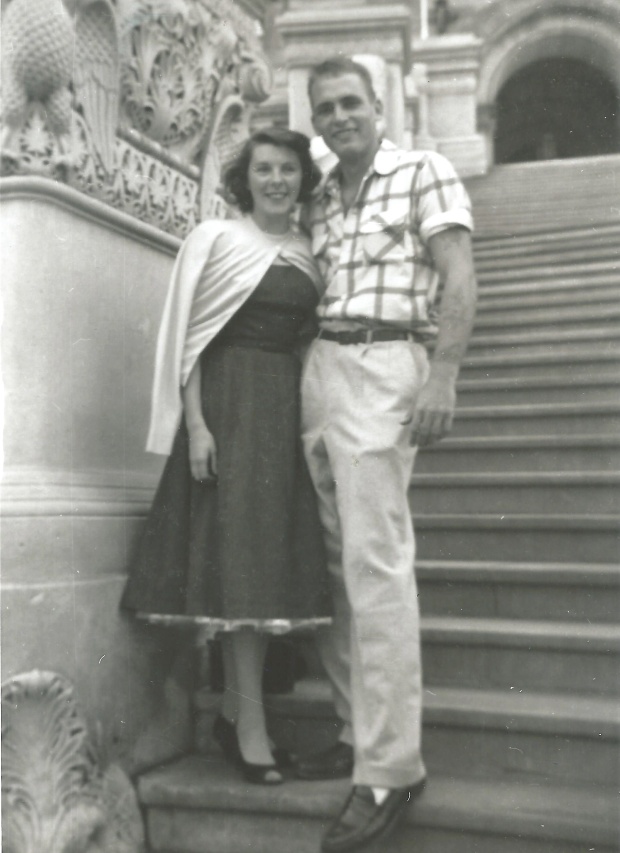 Then I found a photograph of my mum with a previous American boyfriend above.  If anyone recognizes him, you might have been my sibling!

My mum had mentioned 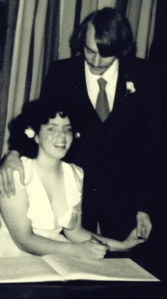 that he was a really nice guy, Italian American, but that she hadn’t fallen for him.  Maybe she wasn’t ready but my mum looked truly happy in this simple photograph.   How I longed for a normal father like him when I was young.  As the years have passed I have come to terms with my Dad probably having some mental health and addiction issues (as did my Mum).  I have so enjoyed meeting members of my Dad’s family – seeing distinct resemblances both in appearance and also personality.  My mum’s bridesmaid, who has stayed close to me, told me many times that my Dad had a fascinating charismatic side that I had inherited.  To the right is a photograph of Teddy and I signing the register 38 years ago – now that’s a real smile.

We had not a single professional wedding shot…❤️

28 thoughts on “The eyes are the windows to your soul”