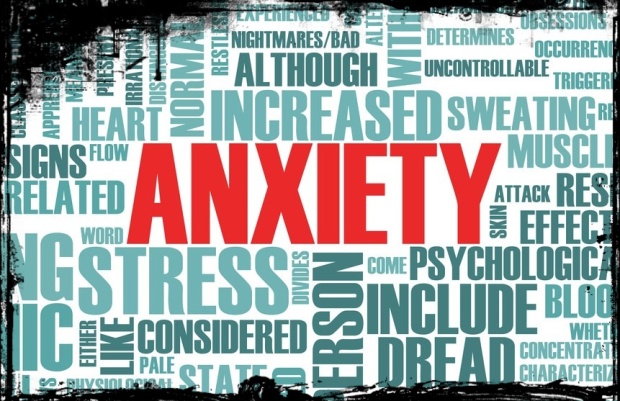 This is not a political post; I am all too aware that the Affordable Care Act was anything but. Unless something miraculous changes in the Senate, mental illness will no longer be included in the new health plan. So…not only do I have a variety of pre-existing conditions but the one that makes me most ill (and yet is least expensive) will not be covered. For some reason, addiction and mental illness has been put in one category. From my work and personal experience, mentally ill people often self-medicate but they are not the same. I have a clearly inherited condition, much like heart disease, and there was no element of choice. I am not criticizing anyone who has an addiction – there is enough blame to go around.

Let’s take this past week. It started on a high with Teddy’s birthday and then rapidly went downhill. Why? Even I want to slap myself because it was no good reason at all. Our roof has been leaking and the contractor took three days to repair the ceiling, leaving me trapped in the master bedroom which has a large bathroom and closet. Toffee (my elderly cat) and I had to go there so that she wouldn’t escape or get in their way. I had great plans; I would write blogs and binge watch girly TV shoes. Mentally I was paralyzed. Thoughts started spinning in my head about how fat and useless I am. I am neither of those things. I couldn’t watch anything other than old Bones episodes because I couldn’t concentrate. Then the physical pain started to set in. When you sit in an anxious state, you start getting cold and stiff – it was almost 90 degrees outside but the air-con was on for the contractor.

I was determined to do better the next day but the anxiety was rising. My thoughts were, “what do I really need to prioritize in my life?” My ridiculous conclusion was that I would be really happy if I got back to 1** lbs. (about 6 lbs. less than I am now). I joined a free weight loss internet club which told me I was already within my BMI range and that I would have to eat 700 calories a day to lose 2 lbs. a week. This is a glimpse into a world of disordered thinking, especially with eating. Then the sciatica kicked in. I was fully aware that I could have sat in the yard, watered the garden or tidied my filing system but again – paralysis.

By the third day, I had drunk a small glass of vodka with anti-anxiety medication because the paint didn’t match (our ceiling has not been painted in 13 years). I spoke to poor, long suffering Teddy who could hear a panic attack coming on and he agreed that we would ask them to leave. Teddy would finish the painting after our roofs have been replaced in the next few months. As soon as the contractor left, I sprang into action, steam cleaning tiles, polishing our leather suite and assembling everything back in the room. My sciatica really hurt after all that but endorphins got me through. All throughout the 3 days and nights, I had horrifying nightmares that meant that I was really sleep deprived despite being in bed most of the time. My eating deteriorated to almost nothing except snacks and vodka. Perhaps I should revise my thinking about putting mental illness and addiction together?

Now it is all over and I am on the way to feeling better. I ate properly, stopped drinking vodka and went walking to help with the sciatica and general good health. Then, I lost my sunglasses. It felt like the end of the world – I searched the house and garage. It culminated in texting my husband in California to see if he had seen them. Finally, good sense prevailed and I ordered another pair from Amazon at $7 – less than two lattes. I am still hugely annoyed at myself for this whole week. Why couldn’t I just deal with it? This is the true cost of mental illness, a life mostly wasted because of tortured thoughts. Mine are benign, as are the majority of people with mental illness. There is real physical pain, too. The only time I felt happy with an illness was when I was in a full leg cast for almost a year. For once people could ask me what was wrong and not be embarrassed about the answer. Sometimes you need sympathy for an invisible illness.

If the act passes without amendment, mentally ill people will end up in and out of psychiatric hospitals or often prisons because they haven’t been able to access regular help at their psychiatrists, psychologists or doctors. In the end that costs more than a quick visit to the shrink.

I had a strange day on Sunday. As most of you know, my husband has been laid off, my mother in law just died so we had to make a sad transatlantic trip and now I have a strange cataract to be removed. It all just hit me last week and I became ill. I spent a few days in bed and then ‘suggested’ to my husband that he take a small road trip just for a break. Both of us needed a break from each other and the situation. Somehow I can only clear my head and get my equilibrium back in complete solitude.

He was eager to leave… Off he went to north Texas, taking photographs and then asked if he could stay another night. “Of course”, I said and then pondered about how bad I had been to make him stay away. Yeah guys – there is no understanding women (especially menopausal women who are unwell). The first day he left, I slowly got back into normal life, got out of bed and cleaned the house. The GP diagnosed some kind of allergy to an, as yet unknown, substance – my tummy is really itchy but no rash. I have been trying to cut out foods, as suggested, to no avail. The result has been that my cleavage is getting smaller – why does weight always come off the boobs first?

By the time he came home on Sunday, I was my normal sunny Bunny self and had worked out a realistic plan for our proposed new business. He frightened me when he returned because our garage door started opening at 8 am! He hadn’t been able to sleep so had just driven back at dawn. We went to the mall for a coffee later and became fairly excited about prospective new plans which may or may not work. We both felt optimistic (and still do).

In the evening I made dinner but I just had some vegetables. We opened a bottle of Trader Joe wine to celebrate his return and the future. Before I tell you what happened next, I should explain that I have a very low tolerance for most medication and am on a child’s dose of anti-depressant and 3 x a cat’s dosage of anti-anxiety medication. Additionally, I have a low tolerance to alcohol… Since we moved to the States I have got ‘blackout drunk’ about 5 times. It only takes a few glasses of wine and usually a tummy upset. I have a permanent gastric issue from contracted Giardia (an amoeba) in Egypt and it being undiagnosed for 5 years. Thank goodness I have an understanding husband who looks after me.

Anyway, we go to bed and apparently I started to slur my words but instead of blacking out, I first start crying, for half an hour, about how upset I am at some of his mum’s relatives for ignoring her for 4 years in a nursing home. He comforted me although he was dead tired and just wanted to go to sleep. Then I got frisky and offered sexual favors that would make a Thai lady boy blush. Let’s just say that the number 69 came up a few times. Finally, after my predation was rebuffed, I fell into a dead sleep. No throwing up.

When I woke up the next day, I had absolutely no memory of anything after we went to bed, not the crying nor the predation. I could not remember sending emails a short time before we had opened the bottle of wine either. I am just so grateful I didn’t blog later. There might have been some shocked readers. Possibly I was also anxious about my first visit to the eye surgeon on Monday (more of which later) but the funny ending is that now Teddy would quite like to ‘play’ with Bunny but Bunny can’t risk a UTI or the antibiotics before surgery on the 24th. A Happy Valentine’s Day for both of us, eh? 🙂