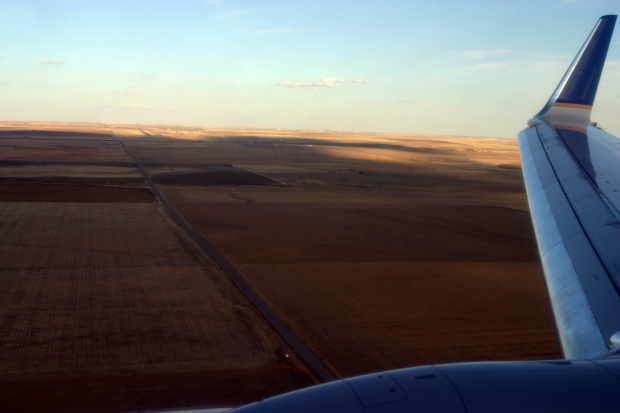 Flirting on airplanes – it’s a special skill and it has taken me years to master it. Sometimes I mention my work at an airport to lead to upgrade on a plane. This trip to Scotland, I caught the eye of a charming middle-aged flight attendant from Lisbon. First, I complimented him on his lovely accent – that led to him giving me a ‘delicioso’ meal from business class. I heard him asking the young group of people in front of me why they were visiting and from what I could understand they were dancers on a cruise ship. The flight attendant suggested they might give some dance lessons in the galley later. I told him I could teach him the Samba and this led to 2 bottles of Cointreau from first class. We later had a short Samba in the galley…

On one occasion this professional schmoozing back-fired somewhat. I caught the eye of a flight attendant who snuck me up to Club class but he shouldn’t have. I had four wonderful seats to myself until the married businessman across the aisle came and sat next to me to chat quietly (night flight). We had fun sharing stories of disrepute. I was slightly surprised that he had a couple flings. Then…he asked me what I said during coitus. I was flabbergasted but laughingly said, “unintelligible moaning”. I could sense that an invitation to the mile high club was imminent so suggested, tactfully, he go back to his seat. During this scenario, the first flight attendant had come to visit me (he was in the next cabin) and looked appalled that someone was sniffing around his territory. No more treats for Kerry. We really haven’t evolved as much as we think we have and it is no wonder that STDs are spreading fastest between age 50 plus lovers.

I can hear you all thinking “poor Teddy – married to such a slutty Bunny”. But no…he is a handsome guy with a sexy Scottish accent who some years ago managed Europe and Kazakhstan in his particular role. Bunny was increasingly fed up with how GORGEOUS all Kazakh women were. Sometimes Blond Russians were appreciated but mostly Ethnic Kazakh were his preference. Bear in mind that there were two women to every male Kazakh at this time. He was suddenly a Greek God or whatever the Scottish equivalent was. Apparently he was the bees knees “rejecting myriad offers”… On one particular flight from Almaty (the capital of Kazakhstan) to Europe he was sitting next to a beautiful Kazakh woman, of an appropriate age, who was going to visit her daughter in the States. She was beautiful, dark with amazing cheekbones. She was entranced by the handsome guy chatting to her in Sean Connery’s accent. All was well until the meal and drinks were served. It’s a long journey – Kazakhstan is as broad as the USA. Teddy woke up sleeping on the beautiful woman’s shoulder, having drooled down her outfit. Suddenly not so attractive…. So as you can see Teddy and Bunny are a match made in heaven, both deceptively attractive. One drools and snores; the other needs a new deodorant.

There is a nice postscript to this anecdote. On the sad return journey from Scotland to Houston I used my powers for good not evil. The flight was not full and most passengers had a seat empty next to them. I started talking to the lady in my row, from Hawaii, who had just visited her new grandchild in Scotland and we celebrated that with every death there is a birth. Then I turned to the passenger on the row opposite. He was obviously of Arabic descent so I asked him where he had come from. He was in the armed forces and had just come from Baghdad. I asked if it was bad and he said yes. He was squashed next to two big guys, wasn’t wearing fatigues and seemed unwilling to ask the British Airways staff for a better seat. I went back into the galley and found a handsome flight attendant from the north of Scotland. I explained the situation and shortly afterwards he came along to the soldier and seated him in a row alone. The soldier said, “thank you, sweetie” and I responded, “thank you for your service”. I rarely say that to returning servicemen because it sometimes sounds trite and you can see that they seem traumatized. I have seen so many family reunions go badly because a loud welcome is the last thing they need no matter how well intentioned. Usually I just go out of my way to be accommodating because actions mean so much more than words. So, the next time you see a young man of Arabic descent, why don’t you just engage him in conversation? At the very least he might feel less isolated or you might find yourself talking to a real hero.