My biggest surprise in Tulsa was the abundance of fabulous Art Deco architecture.  It was known as the “Terra Cotta City” in the late 1920s which coincided with an oil boom.  My grandfather, Raymond, was born on the Chickasaw Nation, Purcell, Oklahoma in 1899 or 1900 and eventually ended up in San Bernardino in California (where he married Juanita), following various boom towns.  I love to imagine what life was like for both my sets of grandparents, marrying in the 20s and 30s when society was changing dramatically in terms of style and habits.  Irish Nana Kathleen married in a short and daring coffee colored chiffon dress with a matching cloche hat.  I kept it until recently when I passed it on to a younger cousin. 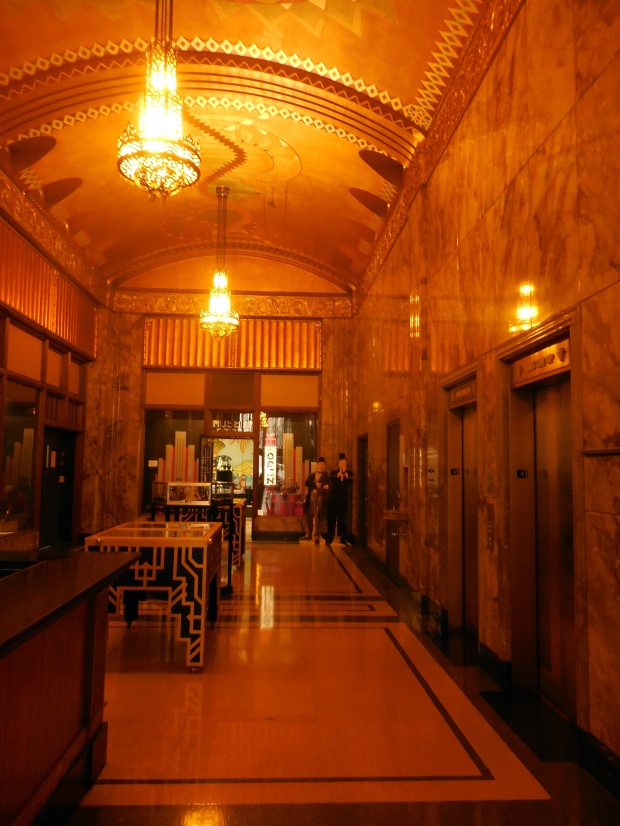 Window display in the lobby of the Philcade Building

The Philcade building had a T shaped lobby lined with shops.  There are few shops now but you can still browse the window displays.  It was designed by architect Leon Senter for oil magnate Waite Phillips.  His brothers formed the Phillips Petroleum company.  Teddy is an oilman (geologist) and we have survived three major slumps.  We used to joke that the 66 in Phillips 66 stood for the amount of geologists they ‘lost’ in a year…it’s not quite as funny as it used to be. Heck, yes it is!

Rooftop of the Mayo Hotel at sunset

Sunset view of the Arkansas River from rooftop Tulsa

Teddy and I had some lovely sunset drinks on the rooftop bar of the Mayo Hotel built in 1925 and designed by architect George Winkler.  It has been wonderfully restored with many of the original features kept intact; from stained glass to ceramic tiles in the coffee shop. 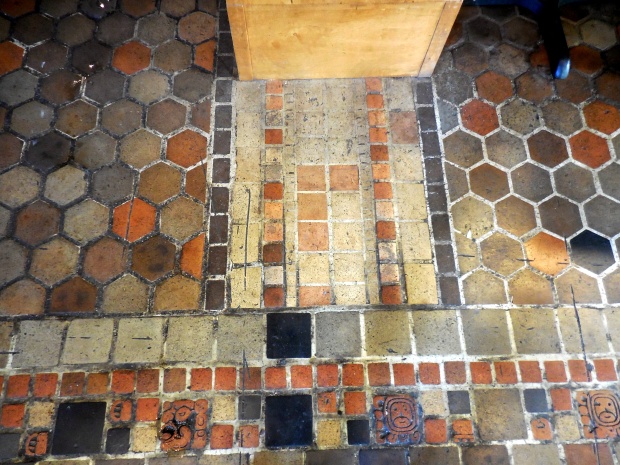 Original tiles in the coffee shop of Mayo Hotel