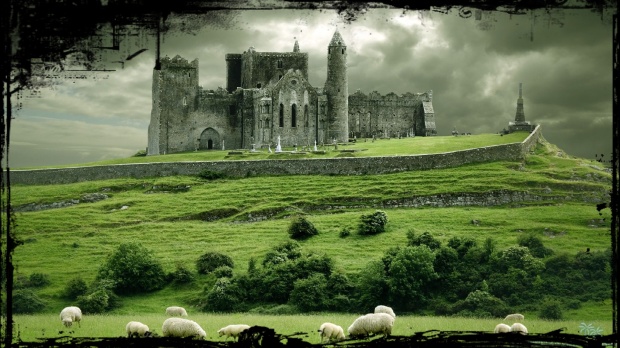 I really need to finish my Tampa blogs but I thought I would amuse you with this tale. The Irishman in question, let’s call him Patrick, worked for my husband about 15 or more years ago. We met for the first time at a company function. Teddy was sitting at one side of me and introduced me to Patrick, who was quite the flirt. We exchanged funny stories about Ireland and I think he was quite enchanted by an Irish/Hispanic lady. I choked on my vodka and coke when he said, seductively and in Teddy’s earshot, “I shouldn’t sit so close to you because I am so fertile”. I fell off my seat laughing at his daring and because he didn’t know that I couldn’t have children because of infertility. Teddy looked a little shocked but started laughing too.

My favorite Patrick story (apart from the one above) is about the town he came from in County Galway. To set the scene, it had become a tourist and artist haven because it’s natural beauty. Many artists, from all around Europe and America, had moved there. Despite the fact that Ireland is a Catholic country, various missionaries had been trying to wedge a niche in the congregation. I doubt that many of them were successful as even the Catholic Church is treated with both reverence and skepticism in Ireland. But still they tried…

On this occasion, Jehovah’s Witnesses had gone to one little cottage in the town. An older woman opened the door to two smart young men. Their opening gambit was, “Do you know Jesus?” To their astonishment, the lady said (remember this is an Irish accent), “Surely, yes. If you just go to the top of the hill his cottage is on the right”. Unbeknown to the shocked missionaries, a Spanish artist had moved into the town and was called, wait for it, JESUS! The local population had no idea that it is pronounced ‘Hayzuus’ in Espanol. Ah, I love that story. 😇

As most of you know, Teddy is a rather accomplished geologist. This means that he has to believe in evolution … even here in Texas. We have fossils and minerals all over the bloody house and if you let him, he will tell which eon they come from, blah, blah, blah. We lived for years in a very remote agricultural area in the North East of Scotland. Almost everyone was some type of Protestant, some of them weird sects. They even have dry fishing boats from the major ports to accommodate some of the restrictive religions. One cold night, the door bell rung and there were two Jehovah’s Witnesses. We were astonished to see them so far out – they may as well have been in darkest Africa. Teddy invited them in and started teaching them about evolution which directly opposed the teachings of their church. By the time he had the fossils out, you could see that the younger man was becoming convinced of Darwinism. The older one took control and they left rather hastily. As soon as they did we howled with laughter and still wait patiently in Texas for some poor soul to come by the house of Satan. 😈 ☘