Following on from yesterday’s post, I got married at 21 to Teddy and 33 years later we are still together, rather surprisingly. Perhaps I won’t be for much longer once he reads this series… 🙂 Relax; he has heard it all – I talk a lot.

I have a theory about one of the reasons why I put on weight when younger. When I married I was slim, attractive and sexually on form. I was truly concerned that I might slip back into my alley cat ways and be unfaithful as I had been to the previous boyfriend/fiancé. Teddy told me that he loved me, however I looked, and I slipped into not caring for my appearance, putting on weight and becoming unattractive both to me and potential suitors. It worked – men weren’t asking me out at bus stops! We had a hard start to married life with an almost immediate lay off for Teddy and Bunny struggling to work with a mental illness, as yet not diagnosed. We moved 6 times in our first 8 years of marriage.

My mood, attractiveness or life was not static over the decades. I lost weight and put it on, several times. Curiously, I was about 30 this first time I got slim again and the men were like flies around honey and it frightened me. I was very aware that Teddy was attractive to women. At one of the companies that we both worked at, one of the laboratory techs had a fancy for him and made it very obvious. One time in the canteen, she said in front of all the staff (including me and Ted) that he really loved her. She was making a joke and being territorial. She was also slim and pretty. I couldn’t resist my inner bitch and said loudly, “I am sorry, Kirsty, but my husband can’t love you because you have no boobs”. The canteen collapsed, as did her ego. Don’t mess with Kerry…

Even worse, Teddy really had a crush on another tech. To this day he refutes this but he came home every day telling me about what she had said, how funny she was and how pretty she looked. I now know this is normal part of married life and I have had a few crushes of my own since then. I was devastated and have never recovered from this blow to my confidence. It was clearly innocent or he wouldn’t have openly talked about her. How hard it is to attain maturity. A couple of years ago, Teddy said that his crush had contacted him via Linkedin. My hackles raised but I said nothing. He asked if I would email her from both of us. I did that and she never replied… My suspicions were raised and I asked him what she looked like on her Linkedin photo. As soon as he told me, I realized that she hadn’t fulfilled her early promise and he was disappointed. Schadenfreude made me delighted that I have matured like a fine wine (or cheese or Lambrusco, take your pick 🙂 ).

Life was not easy through the decades with both the ups and downs of health and work. Then I turned 40, within 2 years my mother had died, our remaining elderly cats and we moved to Egypt. More on that in this post Letters from Cairo. Strangely, this catastrophic journey made us more intimate physically and mentally. I had finally lost most of my excess weight and was edging slowly towards another sexual peak. Egypt made me so confident in my attractiveness although my mental health was reaching a breaking point. Expat and local men were saying openly to Teddy that his wife was very attractive and I could see him preening with pride.

We moved from Egypt to Texas life-changing moment when I shaved off my very long hair to raise money for breast cancer. I did this to celebrate my 50th birthday because I was jaded with the excess of our affluent little city. Ted posted the video and it was an immediate hit with many curious male admirers. See the video – Kerry is Bald

Just after my 52nd birthday, my sexual button switched back on again. ZING! I went on a solo trip to Savannah and the female taxi driver was telling me how beautiful I was. I wondered if this was a rainbow taxi but then she told me all about her sex life (she was much older than me). Whoa – Savannah is swinging! I went on a paddle steamer and met up with a lovely lady from Jamaica who I was going to meet for dinner at a swanky hotel’s rooftop bar and restaurant. Then the heavens opened and we got drenched. This is a disaster for a black lady and she now had to work on her hair before her conference the next day. Savannah seemed safe so I just went alone. Did you know there are many single men in Savannah? The predation started immediately although they were much younger than me. I was perplexed, flattered and a little unnerved especially since there were young woman all around me, obviously on the prowl.

I was unable to see that the sexual button had switched on and I was giving out those old vibes. It became more obvious at work (a marriage proposal from a complete stranger) and on other trips. I thought the Scottish accent was the main factor but I was predated by a much younger man on a train in Scotland. Good Lord, he could have taken some lessons in subtlety from a southern gentleman. I had to send a letter of complaint about a male nurse who made a pass at me. Finally, I realized that I actually wanted sex, all the time. Bear in mind that Teddy is two years older than me and on a number of medications. Initially he was excited about this new Duracell Bunny but then started feeling stressed.

At this point, he was traveling overseas for work regularly and I accompanied him. It was like a second honeymoon. I was fit and gymnastic… For a year or so, we were having sex morning and night and then some. I had to take daily antibiotics to ward off the UTIs but all was well until it wasn’t. This post explained what happened next –vajazzling You will be happy to know that we are back to behaving like a normal couple of our age, more sleep and less sex. I still get unusual propositions and I am enjoying every minute until it stops. 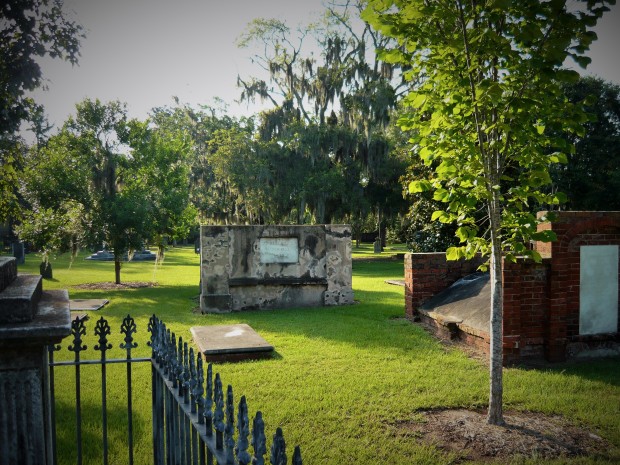 I can’t take any more beautiful, tasteful, upscale, divine, sensational words in my paid job and need a bit of gore! This is a teaser for next week’s Walking Dead theme and regular addicts will know that this is the last time I can mention the Z word. I might talk about Roamers, Walkers or Lurkers but not the unmentionable. The Undead have fascinated me every since my crazy mum would frighten me with tales of Voodoo from when she visited Louisiana. She believed they were real but she also believed in fairies – enough said.

When I was young she would wait at the top of the stairs and then jump out at me snarling with witch fingers. She swears that I would beg her to do it. I do remember my Great Aunt Frances scaring me by taking her false teeth out and chasing me around the bedroom. Curiously, I love to hide behind doors and scare our poor elderly cats. Genetics are amazing aren’t they? I am howling with laughter as I write this with Addams family memories.

As a teenager, my best friend and I would go to see Zombie movies at the cinema. They weren’t as popular back then and one infamous occasion there was one showing at a seedy cinema called the Classic Grand – usually referred to as the Classic Gland because of the type of movies it showed. We naively thought we were just seeing the Zombie movie but it was the B movie. For young people reading this – in olde tymes you saw two movies at once with an interval in between.