It’s hard to wish anyone a Happy Easter this year but I hope you are able to find small moments of joy.  Teddy took this photograph of me on Good Friday while we walked around the containment pond.  On route we chatted to some new neighbors across the fence, we met a fisherman who caught a foot long bass fish out of the pond!  Whoo Hoo!  We high fived from 10 foot distance – I have only ever seen heron sized minnow snack.  Then we moved aside while a community minded neighbor mowed the walking path with her son so we could walk more easily through the long grass.

I think you can see from the look on my face above that I am struggling to keep being vibrant although the little Zen cairn made my heart happy.  Just like all the vapid celebrities, I have no makeup on and a baseball cap to hide my hair…  As we sat down last night to watch yet more Netflix or Prime, I commented to Teddy that this is probably my worst Easter ever.  Immediately I felt guilty for comparing my luxurious life to anyone else’s this year.  How awful to be in a refugee camp or to be any of our first responders.  As I mused, I remembered my real worst Easter which was in 1970.

We lived in prefabricated metal public housing that was unbearably cold in a Scottish winter.  In the autumn of the previous year, I started getting chest infections consecutively.  My health and lungs had been compromised from babyhood in part from my mum having tuberculosis during her pregnancy with me.   In our community there was no choice of family doctor and ours had many complaints about his incompetence.  My mum pleaded with him to refer me to a pediatrician but he blankly stated that she was neurotic and continued to prescribe antibiotics.  By midwinter my Nana and mum had created a little bed for me in the nook of the fireplace of the living room which was the warmest place in the house.  I woke up every morning with dried mucus covering my whole face like a veil of illness.  My breathing was terrible and I missed months of schooling.

In desperation my uncles gave my mum £40 (a fortune for us) to visit a pediatrician privately.  He also worked for the National Health Service, as do most private surgeons, and I was in hospital the next day.  By this time 6 months had passed and it was almost Easter.  There was no room in the children’s ward so I and 3 other little girls were placed at the end of a Victorian long ward full of ladies with cancer.  I was terrified by the older ladies barely holding onto life and the strangeness of the situation.  The two little girls opposite me were sisters and had been flown in from one of the outer Western Islands.  Was it a twofer or were they both genuinely needing their tonsils out?  It would have been very expensive back then to fly in from Barra.  They were relentlessly cheerful and kind to me in their soft accents from speaking Gaelic.

My mum tried to visit every night after her very long work day and I think I sobbed every visit.  When I was wheeled to surgery, alone, I asked the surgeons if I was going to die.  They removed my adenoids and tonsils – a complaint was made about our family doctor who we still had to see because of no options available.  In those days they made you eat scratchy toast to heal up your throat – ow!  All the food was awful and worst of all – it was EASTER!  Family and neighbors rallied around with an array of chocolate eggs that I could not eat.  All except a little egg box full of Cadbury’s Cream Eggs with a sixpence underneath each from my aunt Cathie and uncle Donal.  I was able to suck the cream out of the eggs even though I couldn’t eat the chocolate.

Eventually I went back to school although I had some home tuition.  I had no voice for weeks and I struggled to catch up.  But I did, and life moved on.  It was so stressful for my poor mum that she had a major mental breakdown after this and never worked again.  I am so grateful for the all the kindness given to us at that time.  One of the greatest sacrifices was from my mum’s colleague’s son who donated his extensive collection of rare American comics to this sick little girl.  Richie Rich and his friends made me so happy.  I still love the gift of a magazine – it feels like a treat.  The taste of artificial cherry that disguised childhood penicillin makes me feel sick, as does the smell of a hot toddy. 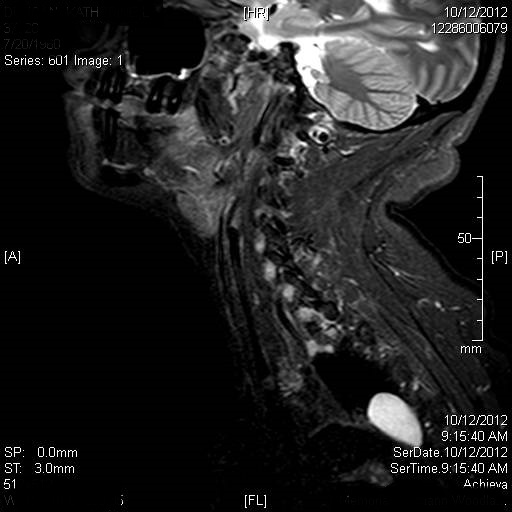 In retrospect, I realized that my peculiar egg shaped cyst behind my lungs may have made me sicker than I would normally have been.  It looks like a portent of doom, doesn’t it, but the cyst has shrunk back to the size of a raisin.  There is always light at the end of darkness.  Hollywood endings are rare but we will overcome our current sickness and learn how to make our lives safer.  I had the Catholic Last Rites when I was less than a year old but so far, so good.  Keep faith in humanity.

I send springtime wishes to all of you, whatever your faith or lack of.  Be well.