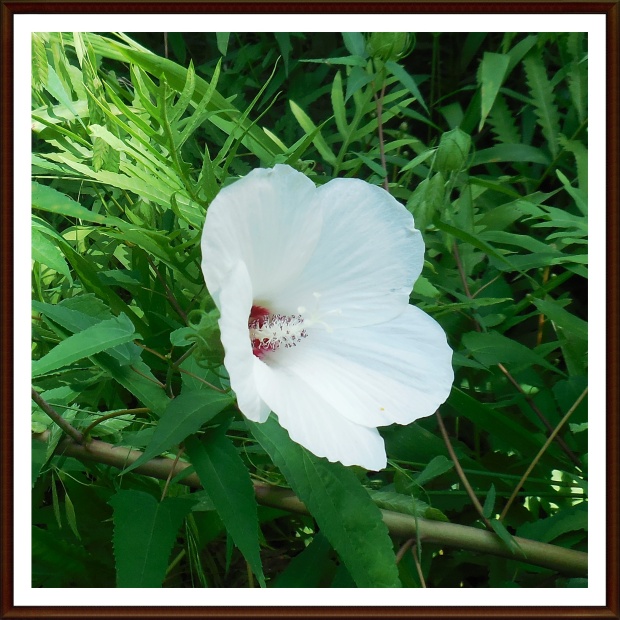 I did not intend to post today but my sadness made me want to memorialize yesterday’s sad events in Nice. I have many French friends and fellow bloggers and their hearts must be broken today. Such a happy occasion to be violated in this way. I had a belated honeymoon in the south of France and remember Nice with great fondness and nostalgia. May they rest in peace.

I don’t recall any bullying before I started Primary School but almost immediately was aware of the potential from the High School right next to ours. Ours was Catholic and the other was not. This was leading up to the height of the IRA conflict in the ’70s. From age 5 to 12, I was occasionally bullied by children of another faith on my way home. It would have been more sensible to have walked with a friend but sometimes I wanted to walk on my own and had to face the consequences. They threatened violence but didn’t follow through with me.

I looked very different to the children at my primary school and that made me feel alienated. There was some mean girl behavior but most of that is normal for our species. When I look at our cats, I see bullying and Alpha behavior all the time. When I was about 10, a new girl who went to the other school, moved into the house two doors away from me. I had to pass her garden to come home and she started bullying me. She was a big girl and would threaten to beat me up if I passed her house. She terrorized me and I sobbed to my mother at home. Rightly or wrongly, my mum said that it was time I stood up for myself and didn’t speak to the girl’s mother. I just went home by a different, longer route to avoid this girl.

When I was 11 and just about to leave primary school I was sexually molested by a slightly older boy at school. That was frightening in a whole other way. I have no happy memories of primary school whatsoever and had many days when I sobbed, asking to stay at home. Finally it was time to go to high school. We were annexed into girls and boys. Our classes were streamed for both IQ and test results. For once I was with like minds in Class A1 although there were still bullies… How do they know how to find the weak? I guess it is the same in every herd. One girl liked to stab safety pins into your behind or wherever she could reach. Another was verbally abusive. Other like-minded girls and the drama group was my savior. We clung to each other for safety and most of us are still friends. Later, a suitor commented that I looked unapproachable but I was just intensely shy and concerned about people looking at me. I had no idea I was prettier than average and was very aware of my faded poor clothing.

In five years I didn’t use a bathroom at school because I was scared of the mean girls who patrolled them – I had to run home to go to the bathroom after classes finished. I had a light bulb moment when I knew I was applauded for a speech that I read and my confidence was boosted exponentially. This is the link to the post. The day I knew I could write Our school decided we would all be safer if both boys and girls had self-defense classes because of the regular bomb threats and the ongoing hostilities between Catholics and Protestants in Ireland and parts of Scotland. That was what provoked me to make my comment on Kate’s blog aroused  That led to this series on bullying. It dramatically improved my fear of the world and the techniques are still with me to this day. This confidence regarding violence allows me to travel to unusual places without any consequence, so far… I use common sense as well.

Even then, there was one final bullying episode before I left school. My speech which criticized the Catholic Church had so incensed one of the senior principals that she refused to give me a reference for college and used a small infraction as her excuse. This time I refused to give in to her threats and got a reference from the bank manager. That wouldn’t have been sufficient for some colleges but it was fine for me.

Quelle horreur! There is no good ideology that assassinates someone who is blasphemous. Civilized societies have a legal system to address this. As a writer, I try very hard not to be disrespectful to other people’s religion or ideology unless I find it abhorrent. I am a humorous writer so sometimes I may poke gentle fun at a culture or religion. In all honesty, having lived in an Islamic culture, I do not understand why cartoonists would show an image of Prophet Mohammed when they know how offensive that would be but free speech allows them to do so. Living in Texas, I often feel that free speech regularly slides into hateful rhetoric and is used as an excuse to spread repugnant ideas. Small acts can accelerate hatred between opponents. I live in a predominantly Republican area and some people who had VOTE OBAMA bumper stickers had their cars scraped by keys. No wonder we have so many social problems in the USA. I am full of grief and sadness for the current events in France and all the murdered victims; their relatives and the mostly innocent Muslim French population who will now be discriminated against, further aggravating the situation. When I was a teenager the IRA and Loyalist (Irish Catholics and Protestants) were actively terrorizing the UK and Ireland. I went to a Catholic school in a predominantly Protestant city and our school had regular bomb threats. At the time, I felt that there was no solution to a centuries old problem but life has changed and I married someone from a Protestant family in a civil ceremony. COEXIST.