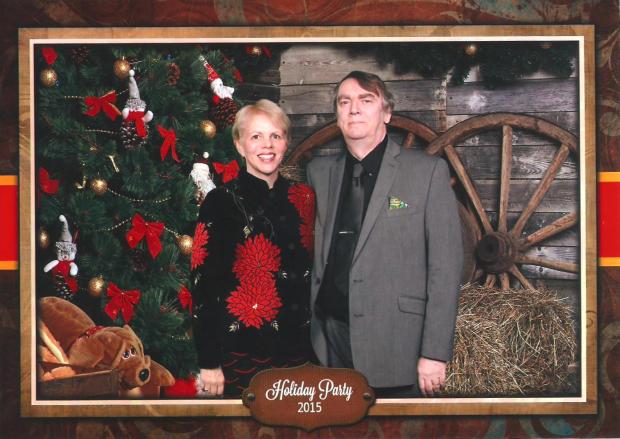 In the chaos of the last few weeks we completely forgot that I had a ‘work party’ for the place where I volunteer. It is a huge organization so it was located in downtown Houston which is over 30 miles away from where we live. We had decided to stay in a hotel but after my husband was laid off we cancelled it. After the initial shock we started to realize that 2016 might be a year of opportunities and something to celebrate so rebooked another cheaper hotel. We left our home before lunchtime, got stuck in the endless queues on the main interstate because there is always an accident. This one involved many cars and trucks but didn’t look like a fatality – thank goodness.

My husband traveled extensively with his previous position so he still has perks with hotels and airlines. We were immediately upgraded even though it was a cheap deal, so we had a sumptuous suite with two bathrooms. It was a beautiful cold sunny day and we went walking to find somewhere for lunch. The bar I had in mind was not open so we went to a lovely Tapas restaurant that my husband had been to. Although we have immediately gone into frugal mode with most things we still haven’t come to terms with not being able to eat where we want. I decided that it was Christmas and to just let it go, mentally.

After lunch, we went back for a little nap and then got ready for the event. As soon as I walked in and started recognizing people, I felt at ease. Everyone had made a big effort to dress up which added to the festive feel. It helped knowing that many of the employees do not earn large salaries – no-one was bumming (boasting) about their Porsche or Harvard educated children. I earn nothing as a volunteer but love every second of my job, helping members of the public, sometimes in dire straits. As you can see from the photograph, my husband was not quite in his element to start with, but got on very well with my mostly male colleagues who were sitting at our table.

The food was tasty, there was a well-stocked bar and the band was astonishingly good. My boss told me to get up and dance and I needed no persuasion. I LOVE dancing and am pretty good at it. Funky would be the best description.  🙂 For some reason, she also wanted me to dance with top boss. ‘No problem’, thought I and he seemed to enjoy his very forward volunteer asking him to dance. What always fascinates me is how your partner perceives all your colleagues and their opinion of me. He was very impressed that my relationships were easy and full of humor with paid and unpaid employees. Eventually, he felt comfortable enough to get up and dance properly. I would say that most people had a great time (apart from the organizers who seemed a bit stressed) and I could have danced all night.

My dance moves belied the fact that I have a spinal condition and arthritis for which I take Celebrex. It is two days later and I still ache all over. I will have to take Celebrex for quite a few days… I did hear a few bitchy comments but that’s normal as long as the comments aren’t too mean. Houston is the most ethnically varied city in America and the couple who won ‘best dressed couple’ were in full African regalia (Nigerian, I would guess). I am so fortunate to work at a place where I have made friends and acquaintances from every corner of the world. We live in a very affluent small city outside Houston and it is good for your soul to have friends who come from a different ethnicity and socio-economic strata.